How to: Topping chili pepper plants

What is chilli pepper topping?

Topping chili pepper plants means removing the tip or a larger part of the plant. The main stem is cut bellow the firt "Y" forming on it. When the tip of the plant is removed, plant will reroute it's growth hormone auxin lower down the stem, making the plant branch out. Most of the hormone is stored at the tip, so it will take couple of days after topping until the plants recovers and you will see new leaves and branches forming. I discussed this in my previous chili topping article.

Why should I top my chilli pepper plants?

Topping chili pepper plants helps them to branch out and prevents the plants from being too tall and top heavy. This is especially helpful if the seedlings are grown under artificial light or on a windowsil, where they might not get enough light and become too spindly, which makes them vulnerable against strong wind gusts.

When and how should I top my chili pepper plants?

I've reached sligthly different results based on the time I've topped my chili plants. First approach (late topping) is to let the plants grow big enough for their root system to develop and then cutting down bigger part of the plant. The second approach (early topping) is to cut off the tip as soon as the plant is about 0.5' tall.

Last year, I let the plants get 1.5' to 2' tall, so their root system was developed enough and then cut down almost 2/3 of the plant, leaving at least 4 big leaves on the stem. This might seem brutal, but check out the results before judging. Here are some examples: 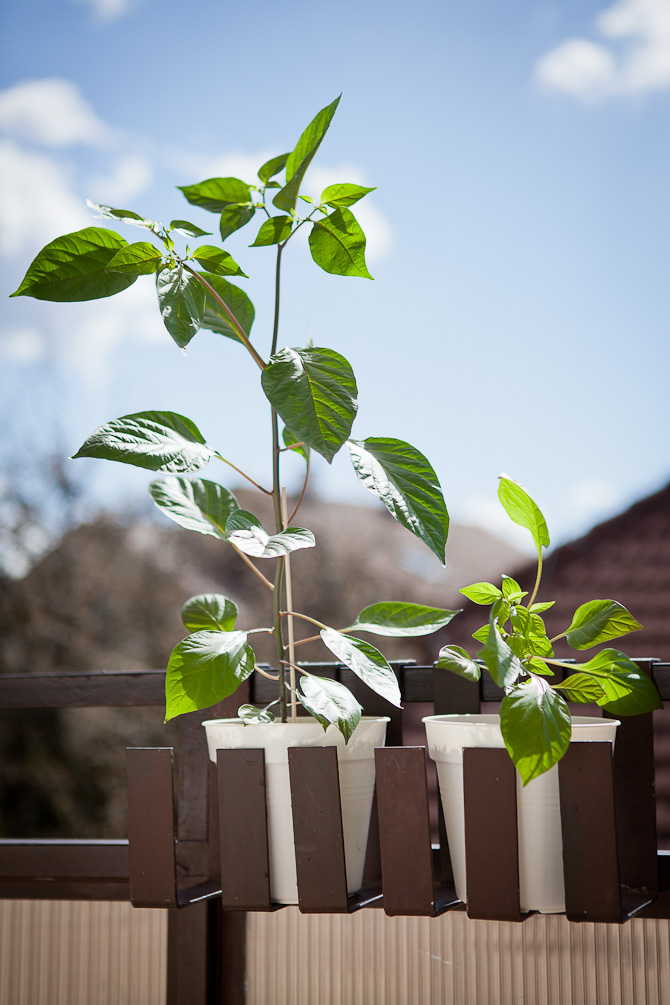 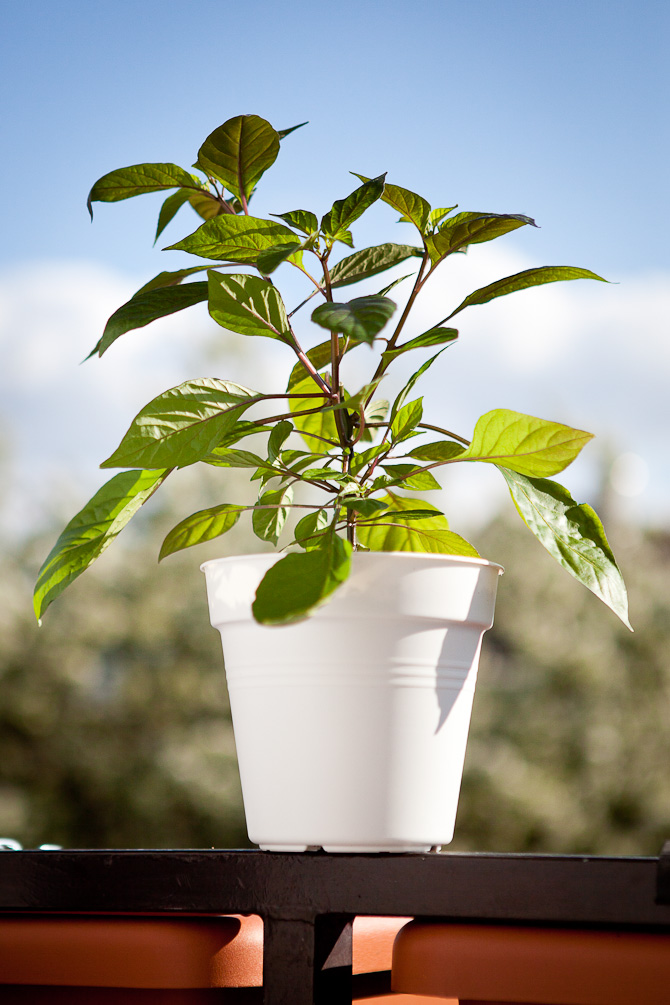 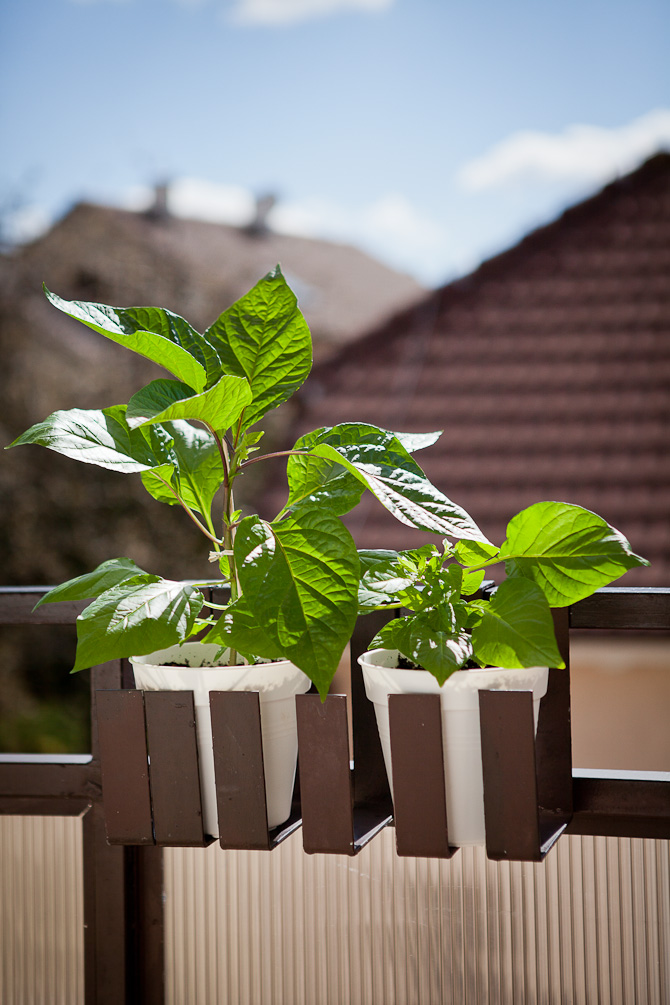 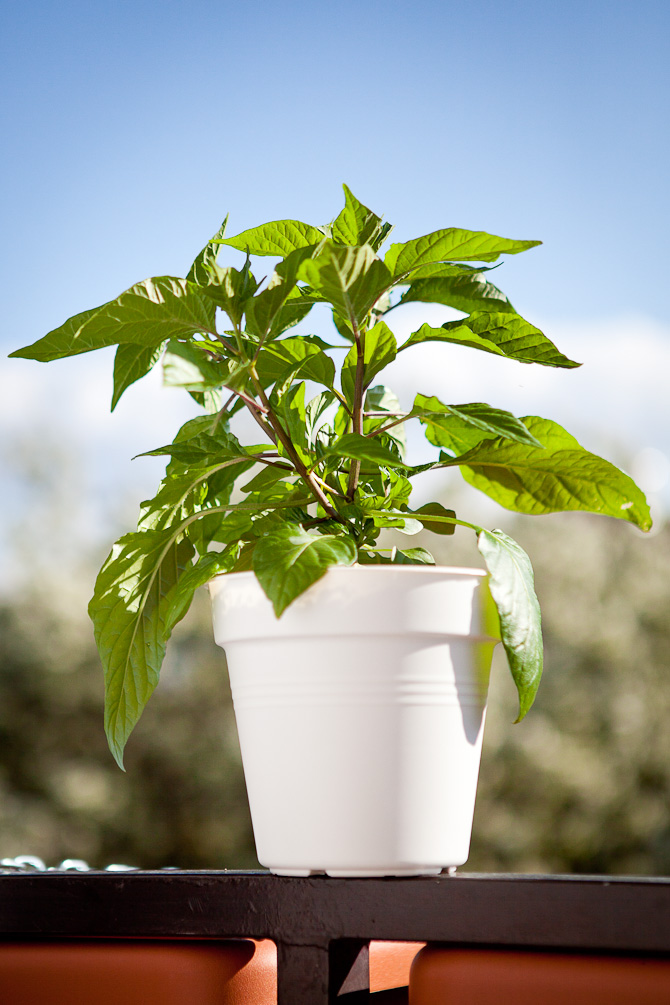 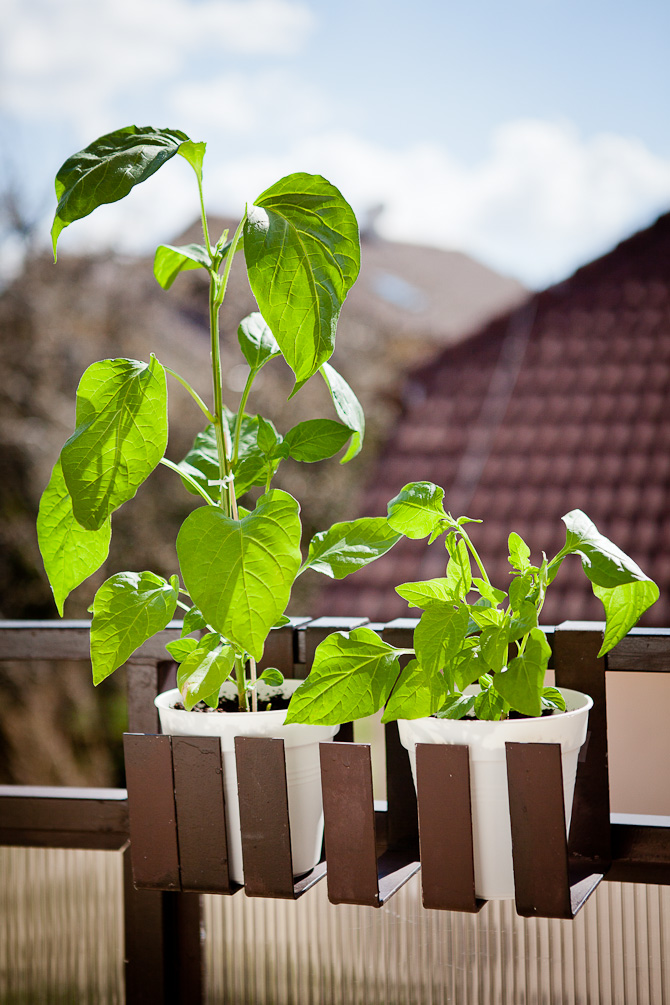 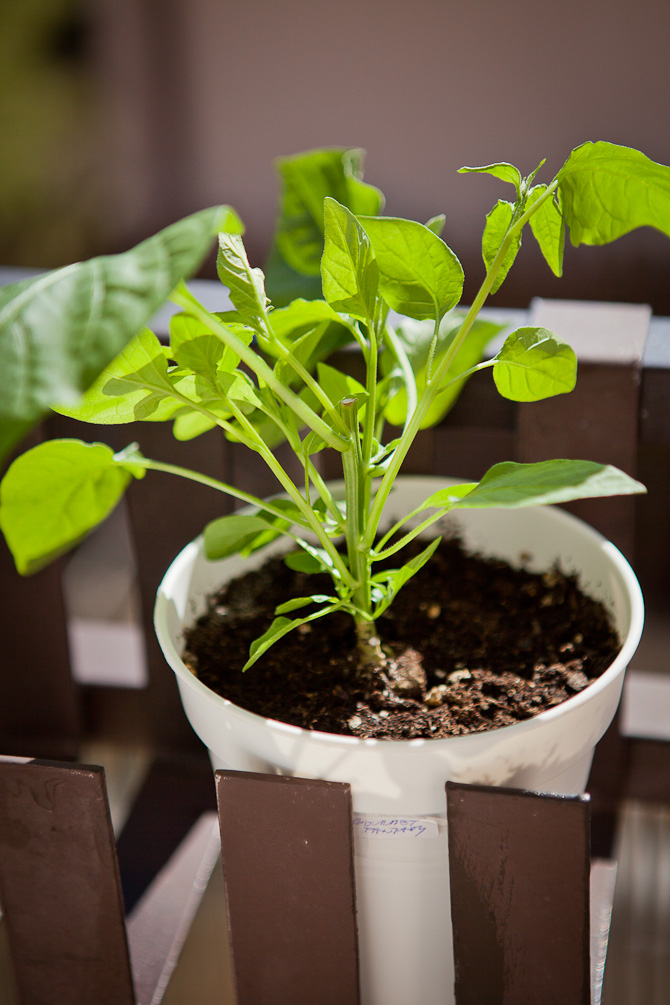 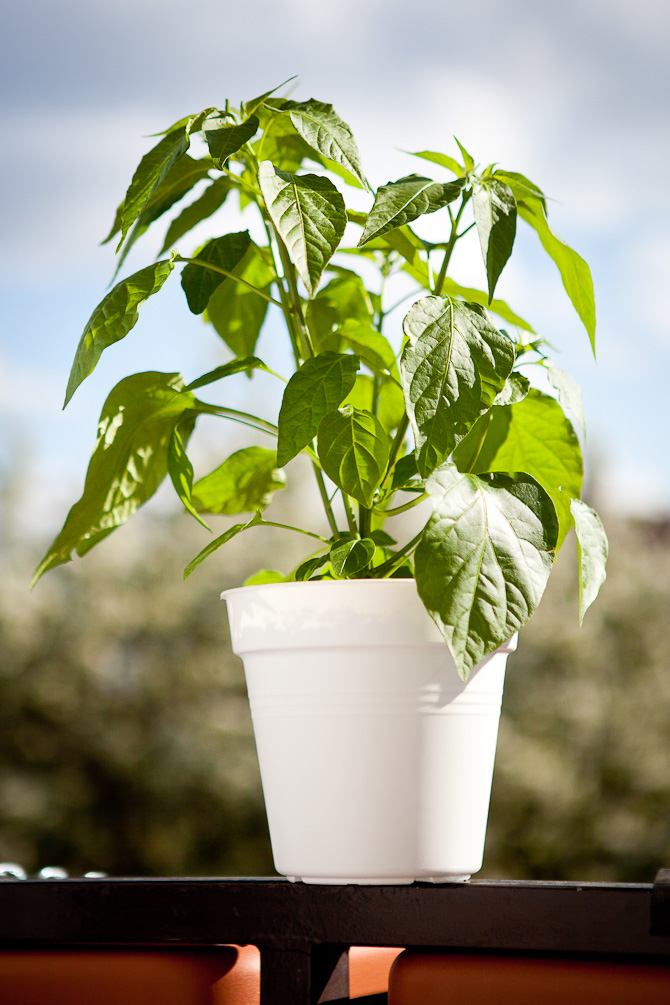 This year, I've removed the tips of all plants as soon as they were tall enough. It took them about a week to recover and produce new leaves and branches but the next "floor" got little too tall again. 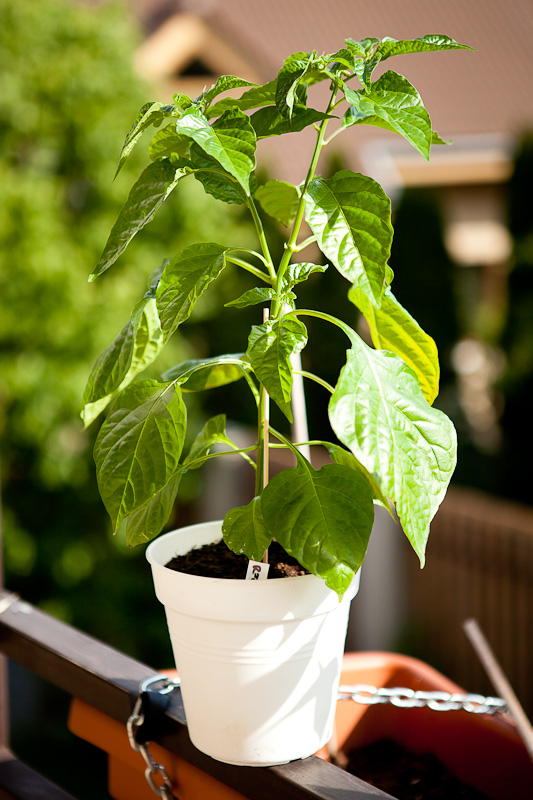 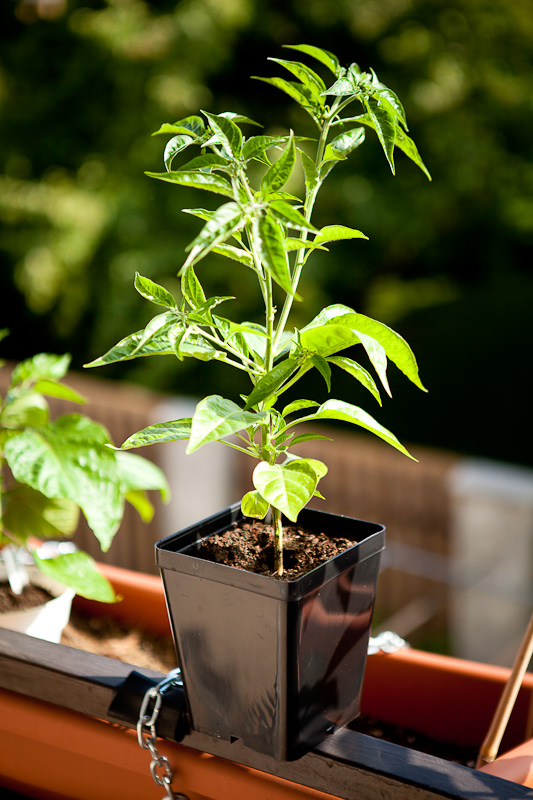 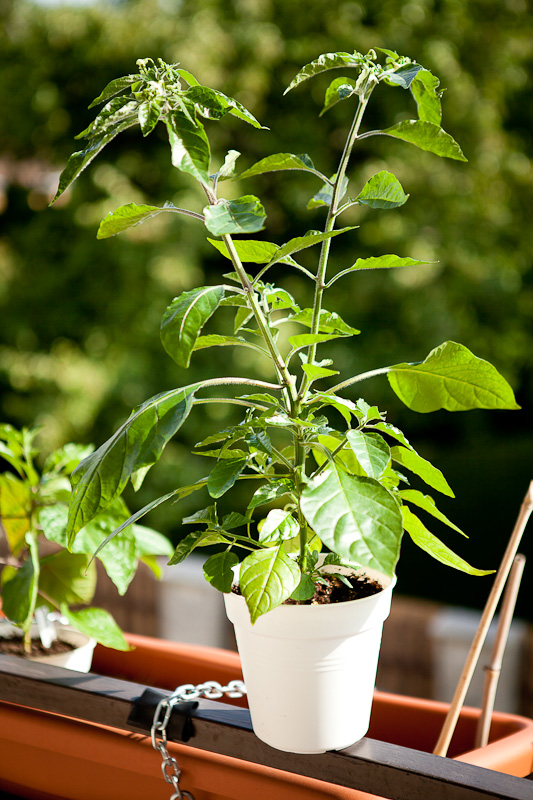 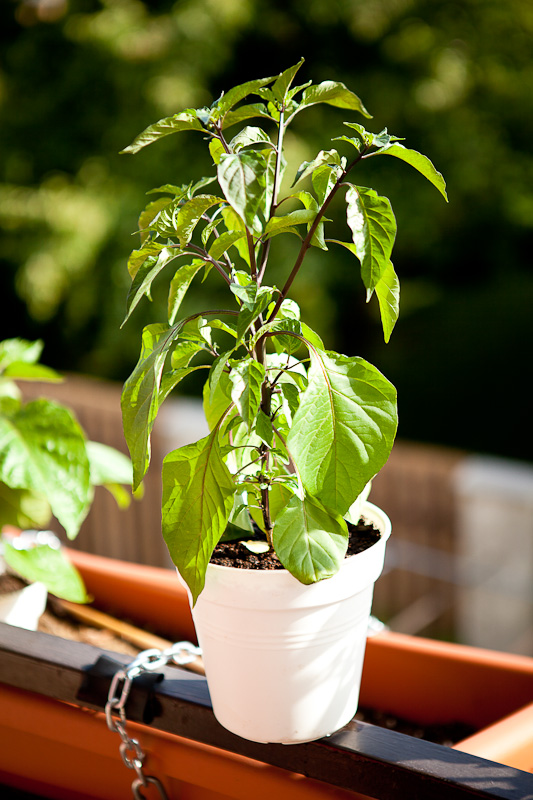 From my experience, late topping seems to bring better results if you want really bushy compact plants, making it ideal method for growing chili on a balcony. Early topping doesn't stress the plant that much, but the results are not as dramatic.