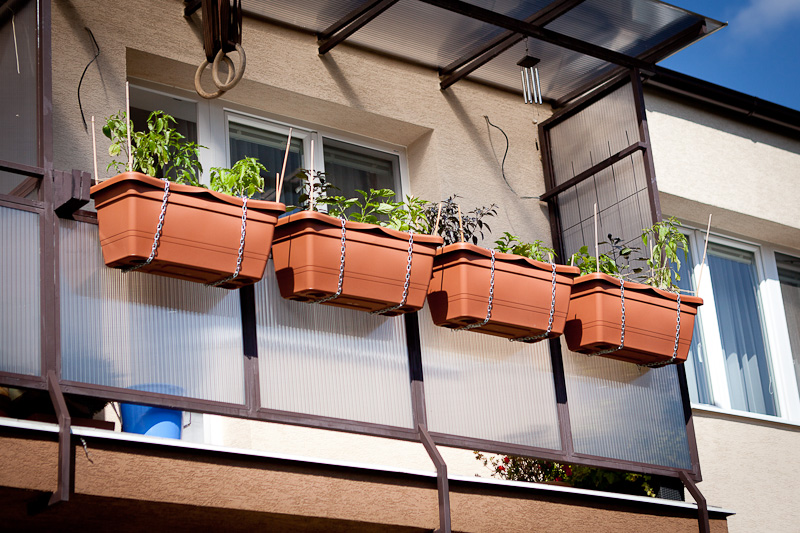 As the chili plants were becoming root bound in their pots, on 18th April 2015 I've repotted them and moved them to their final home. 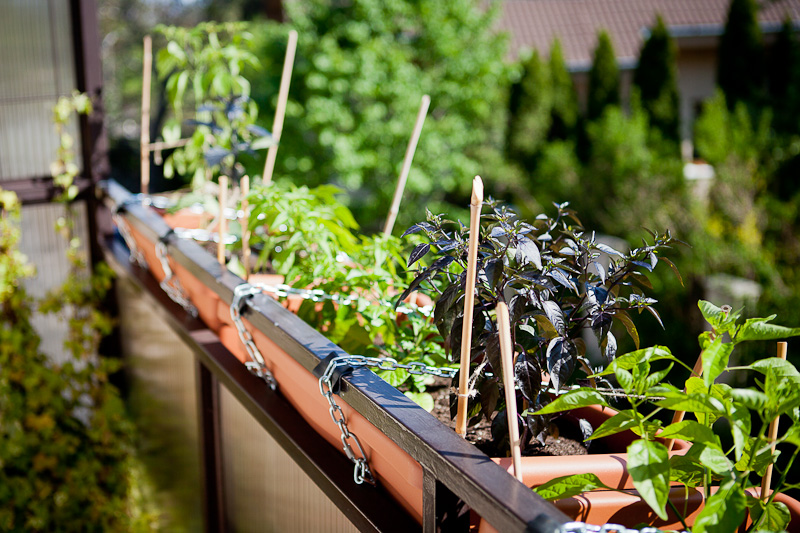 12 plants are placed in 4, 60 liters big pots. These pots are hang on a steel balcony railing with 5mm welded chain. Each of these pots weighs from 25 to 40kg based on the water content. 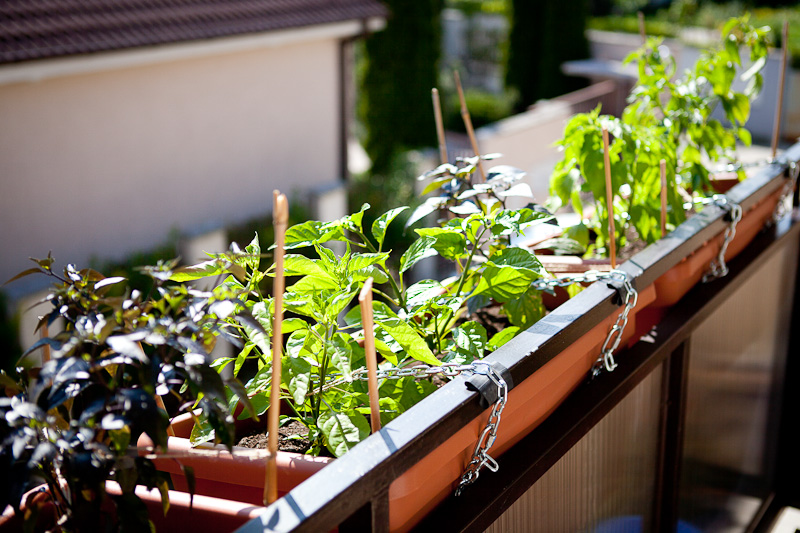 I've used potting ready peat based mixture designed for peppers and tomatoes. I've added some Perlite (3kg per pot) to aeriate the soil. The mixture was prefertilized for 6 weeks. This turned out to be a problem as it seems it was too much fertilizer for the young plants.

When repotting, I've made several mistakes that I have to avoid in the future: 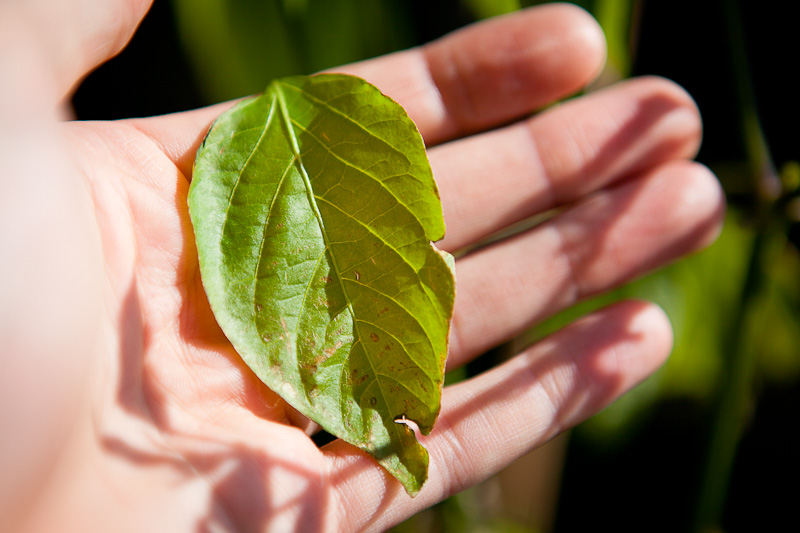 Small damage on many leaves.

Unfortunately, it gets worse. Last week was quite cold, with night temperatures as low as 4°C, which contributed to these problems as well. Hopefully, it will improve with upcoming warmer days.

Fast forward couple month to August 2015. All plants have recovered from sun burns and low temperatures stun and they are already providing with many pods. 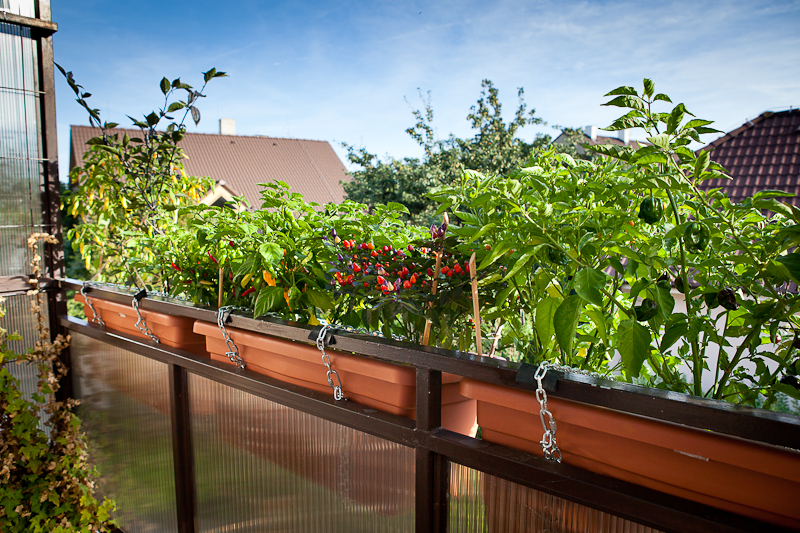 Check out my 2015 chili growing report